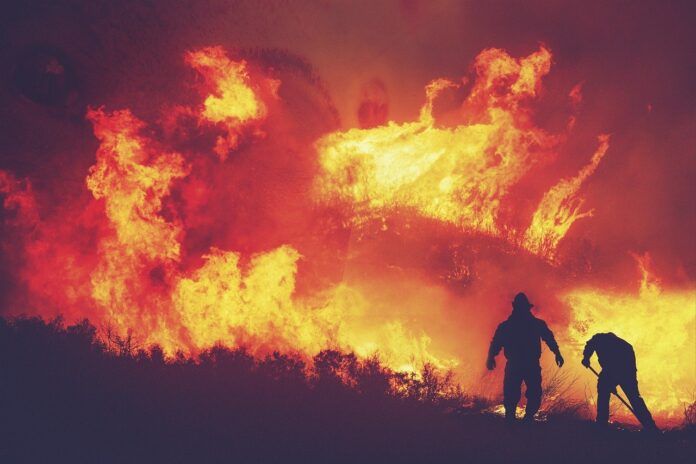 Wildfires have been devastating parts of Colorado and so far there are hundreds of homes that have been destroyed. With the wildfires in Colorado, there are also tens of thousands of people who have been evacuated too. Several people have also been reported missing in the region after the fires ripped through suburban communities.

The devastating wildfires in Colorado have destroyed neighborhoods and been fast moving through the area. The wildfires had tripled in size in less than one day with powerful winds fueling the fires. The flames have been consuming large amounts of land and Colorado Governor Jared Polis declared a state of emergency as a result.

So far the wildfires have made their way through 1,600 acres of land with approx 30,000 people becoming displaced from at least 2 communities. Hundreds of homes have been destroyed overall as a result of the fires. It’s estimated that some 1,000 homes or more might have been destroyed so far in those fires. Thousands of people have had to flee their homes and seek safety from those fires as they ravaged property in the area.

Investigators are still trying to find the cause of the blaze that was said to have started sometime this past Thursday(12/30/21). Entire neighborhoods between the Denver and Boulder Colorado areas have been blackened by the fire and smoke.

Officials have stated that cadaver teams have been organized to search for those who are missing in the region. The total for the number of homes that have been destroyed isn’t finished yet, the number could still grow. They will still be investigating the cause of that fire until they can find out more. It’s alleged that there are a variety of tips that authorities are pursuing.