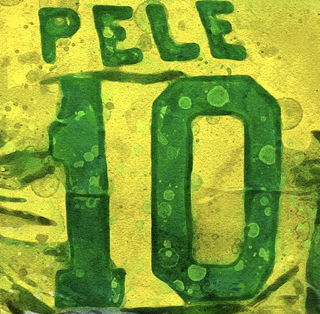 Football is the most popular sport globally, with over 4 billion fans. Brazil (Samba Boys) is arguably one of the most successful Men’s football teams, having qualified for all the World Cup Tournaments (22) and winning five. Pelé is the only player who has won the tournament three times (1958, 1962, and 1970) and is arguably the greatest soccer player of all time. Pelé, born Edson Arantes do Nascimento, played his first World Cup in 1958 in Sweden when he was only 17. He set a few records, including being the youngest player and scorer ever in the tournament. Pelé finished his World Cup Career in 1970, scoring 12 goals in 14 tournaments. Currently, Pelé is the joint top goal scorer for Samba Boys, with 77 goals in 92 games! An incredible feat for any soccer player.

Besides his success with Brazil, Pelé played for Santos Football Club and New York Cosmos. In his club career, he played 659 games and scored 643 goals becoming Santo’s all-time top goal scorer. Pelé played for New York Cosmos for two seasons scoring 37 goals in 64 games. Pelé was a recipient of numerous awards, including the International Peace Award, Player of the Century, and FIFA Ballon d’Or. Although FIFA data shows his goal-scoring record at 757 goals across all competitions, Pelé claimed to have scored 1283 goals in his entire career. Pelé passed away on December 29th 2022 at the age of 82 after battling colon cancer. Pelé will always remain the World’s Greatest Soccer Player because of his achievements on and off the field.