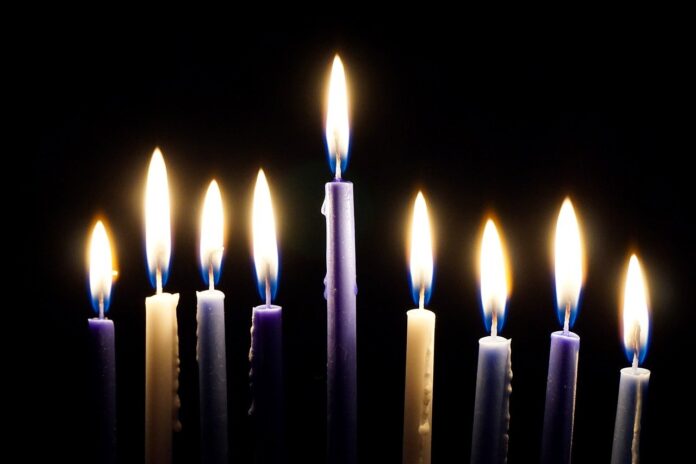 Hanukkah is an eight-day Jewish holiday commemorating the rededication of Jerusalem’s Second Temple. It is commonly referred to as the “Festival of Lights,” traditionally celebrated with the lighting of the Menorah, traditional meals, games, and presents.

The events that culminated in the origin of this celebration occurred approximately 200 B.C.

The country of Israel, or Judea, came under the jurisdiction of the king of Syria, who was kind to allow the Jews to practice their religion, unlike his son Epiphanes who was less kind, that he commanded the Jews to worship Greek gods, thus prohibiting the Jewish faith.

When Epiphanes took the throne he commanded his soldiers to devastate Jerusalem, murdering many people and desecrating the holy sanctuary by covering Zeus and offering pigs as a sacrifice.

Mattathias, a Jewish Priest, together with his five sons, led a rebellion against the monarchy of Seleucid. After he passed away, Maccabee, sometimes known as Judah, seized command and successfully defeated the Greeks out of Jerusalem within two years. After the victory, there was oil that could only last for one day, but miraculously, it burned for eight days in the temple.

The Jews primarily used guerilla warfare methods, and Maccabee urged his troops to rebuild the sanctuary, purify the second temple, and light up its Menorah. Lighting the Hanukkah menorah commemorates a miracle of the oil.

The origin of Hanukkah is a testament to Jewish history and a reflection of the statement that our past helps us shape our future. Indeed this ancient history evokes memories of how far the people of Jerusalem have come.