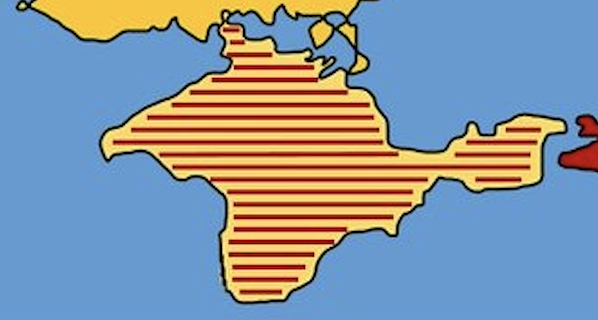 Over the previous week, three explosions apparently originated in Ukraine and rocked Russian military sites in the occupied peninsula of Crimea. According to CNN, which cited a government assessment from Ukraine that was supplied by a Ukrainian source, the explosions in Crimea were caused by Ukraine. The explosions at Saki airbase were described in the report as a devastating but one-time loss for Russian military facilities.

The Ukrainian official who gave the media outlet the report requested anonymity since they are not authorized to speak publicly about it. Russia blamed an accident for the explosion in Crimea, while Ukraine has not claimed responsibility for the strikes. Russia claimed that no planes were damaged in the incident. Ukraine, however, claimed that nine Russian jets were blown up in the incident. As the Russian airfield exploded, Ukrainian President Volodymyr Zelenskyy declared that Russia’s war had begun in Crimea and must conclude with the liberation of the territory. Zelenskyy warned that Russia’s position in Crimea posed a threat to Europe and the world in his daily video message on August 9.

Russia’s illegal seizure of the Black Sea peninsula in 2014 gave it much more than a strategic military base and a launching pad for its invasion of Ukraine. Putin has persuaded the Russian people that Crimea is a precious region and a sacred place. Furthermore, Ukraine has presented a new threat to Mr. Putin’s domestic standing by constantly striking at the land.

There were massive explosions at a Russian ammunition dump in Maiske on Tuesday(8/16/22) and an airfield in Gvardeyskoe, as Ukraine ramps up its military operations and strikes far behind the front in an effort to neutralize Moscow’s advantages in material and disrupt supply lines. Russian Navy Day celebrations were canceled on July 31 after an attack by a homemade drone in the port city of Sevastopol, prompting panic among beachgoers.

The blasts on Tuesday were the fault of an elite unit, according to a high-ranking Ukrainian official who spoke on the condition of anonymity to discuss the operation. The Russian Defense Ministry has officially labeled the explosions as a “act of sabotage,” a major admission that the conflict has reached what the Kremlin deems to be Russian soil. Russian military leaders have been urged by pro-Kremlin media to follow through on warnings to respond violently to any attacks on Crimea.

Starting Today, Private Health Insurers Will Be Required To Cover Up...