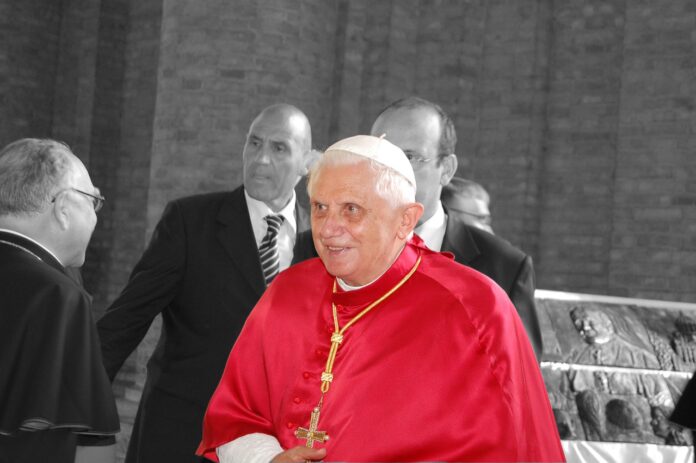 Pope Benedict XVI passed away on Saturday, December 31st, 2022, at age 95. He was a conservative enforcer of Roman Catholic doctrine and an eminent German theologian. He broke up with about six hundred years of tradition when he resigned and lived for almost ten years as a retired pope behind Vatican walls.

Customarily, a pope’s death initiates the process of selecting a new leader of the Roman Catholic Church. However, Pope Francis, Benedict’s successor, was elected when the latter stepped down in 2013.

In a traditional service that happened on New Year’s Eve at the Vatican, Pope Francis praised Pope Benedict XVI. He said that he remembers his person as noble and kind and felt much gratitude in his heart.

Now, the sitting pope will preside over his predecessor’s funeral, and this is an outstanding spectacle in the church’s history. On Saturday, the Vatican stated that Pope Benedict XVI’s funeral would happen in St. Peter’s Square on Thursday(1/5/23), and Pope Francis will preside over it.

As is the tradition, the catholic faithful were able to file by Pope Benedict’s body at St. Peter’s Basilica on Monday, January 2nd, 2023, to pay their respects. Like Pope John Paul II, his predecessor, Pope Benedict XVI, left a spiritual statement behind apologizing to anyone he had offended in any way.

As pope, Benedict XVI usually drew enthusiastic loyalists and strong detractors. Even before he was elected pope in April 2005, the Catholic Church conservatives viewed Benedict as their spiritual and intellectual north star. He was a powerful official at the Vatican. He upheld church doctrine even when secularism was growing, and there was pressure to change traditions to get more individuals into the pews.