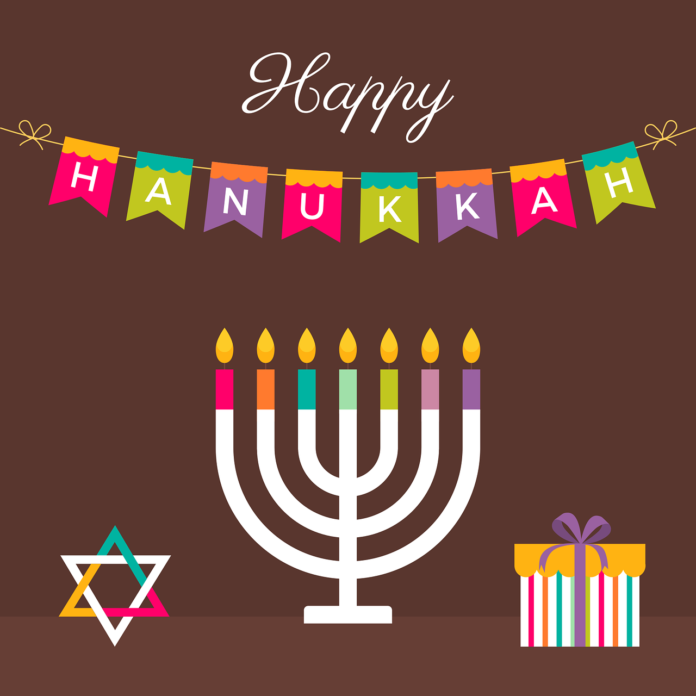 Hanukkah is more than just eight days of exchanging gifts. It occurs around Christmas time, which makes many people think of it as the Jewish version of Christmas, but this is not the case. Christmas commemorates the birth of Jesus Christ, but people observed Hanukkah long before Christ was born to celebrate something entirely different.

Hanukkah is a celebration to mark the 164 B.C. victory that a group of Jews (the Maccabees) had over the Greeks of Syria, who had occupied Israel’s land before 167 B.C. The Greeks had not only destroyed the Jerusalem Jewish Temple, but they had also entirely banned any practice of Judaism. The Maccabees engaged in a three-year fight that granted them liberation, giving back to the Jews the right to practice their religion.

Some scholars believe that the first Hanukkah to be celebrated was a celebration of a belated Sukkot, a holiday that lasted for a week in autumn. They claim that, after Maccabees had prevailed against the Syrian Greeks, they might have wanted to celebrate every important holiday they had missed during the Maccabean Revolt. It was the beginning of winter, but they celebrated Sukkot as a rededication of the temple. From now on, they never celebrated Sukkot in winter. It was taken back to its position as a full holiday.

Rededicating the temple involved turning on the lights, done by oil lamps. However, there was a shortage in oil supply at the time of rededication, enough to just light it for one day. Nevertheless, miraculously, they went on burning for the whole period the Jews celebrated Sukkot, all eight days, the dedication included. This explains why the celebration of Hanukkah occurs for eight nights.

The Jewish people went on celebrating the rededication of the temple every year. Still, it took another 250 years for Hanukkah to be called the Festival of Lights, which is a term that Flavius Josephus, an ancient Jewish historian, coined. Some maintain that what Josephus was referring to was not much the lighting of the lamps as enlightenment, which signified the freedom of worship they had just acquired. Whatever the ideal, the notion caught. Today, most people think of Hanukkah more in connection to the oil miracle than with the temple rededication.