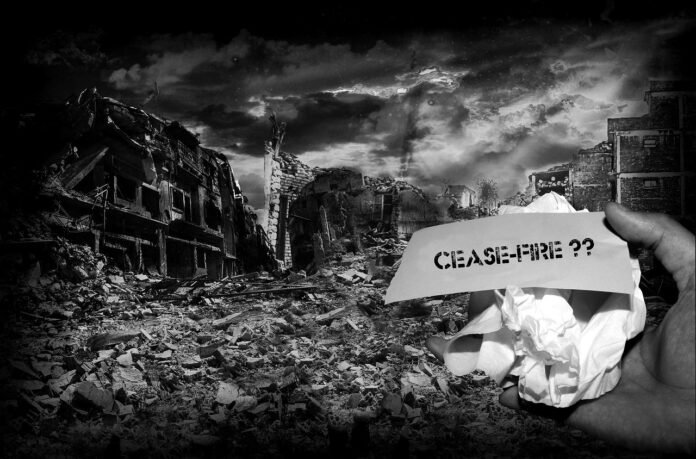 In the opinion of Ukraine’s interior ministry adviser, Anton Gerashchenko, the Kremlin’s statement indicated that Putin and the Russian troops are weakening. He added that Russia looked forward to any pause in destroying its equipment and troops. In a tweet, Gerashchenko added that a ceasefire or truce could only happen after Russia gets out of Ukrainian territory.

In Putin’s order that addressed defense minister Sergei Shoigu and published on the Kremlin’s site, Putin said that many citizens who professed Orthodoxy resided in the combat areas. For that reason, he requested the Ukrainian side to announce a ceasefire and allow the people to attend services on Christmas Eve and on the Day of Christ’s Nativity. However, Sergiy Kyslytsya, Ukraine’s U.N. ambassador, said no one could trust the Russian president’s words. He added that people already know that Putin uses deception to his advantage.

Kyslytsya noted that President Putin had declared the ceasefire after he launched many drone and missile attacks over Christmas and New Year. The Russian Orthodox Church uses the ancient Julian calendar and celebrates Christmas on January 7th. Some Ukrainian Christians also mark Christmas on that date.

Volodymyr Zelenskyy, the Ukrainian president, had proposed that Russian troops withdraw before December 25th, but Russia rejected his proposal. Previously, military experts have warned that Russia could propose negotiations or a truce to give its soldiers time to rest and regroup.