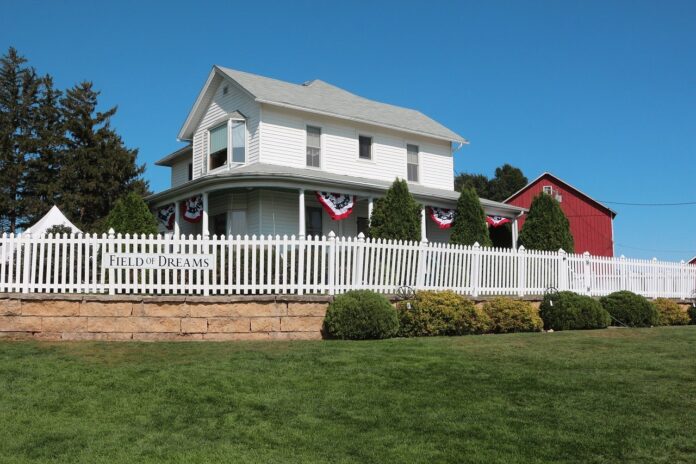 The White Sox and the Yankees teams had put on a good sports show at the ‘Field of Dreams’ game that took place recently in Dyersville, Iowa. Major League Baseball got an entertaining event with the match between the New York Yankees and the Chicago White Sox. We got to see Kevin Costner and some players from both of the teams emerge from the corn in the outfield right before the overall lineups were going to be announced. It sure was a show to remember.

The game between the White Sox and the New York Yankees wasn’t bad either it was truly engaging and the fans enjoyed a true show by all of the players and others who took part in the event.

This was the first regular-season of the MLB game that took place in the state of Iowa and the idea of playing the game in that area was inspired by the movie Field of Dreams which came out back in 1989. That popular movie featured Kevin Costner and so you can see the connection between having him also at the recent game between the White Sox and New York Yankees that we just got to witness. This was one of the most highly anticipated events and for all sports fans, they truly got a good show between the two teams when they faced off. The Major League Baseball’s Field of Dreams Game had previously been postponed but it finally got to go off without a hitch.

Who won the White Sox and Yankees Game?

We got to see the show which took place at a specially-constructed ballpark in the cornfields that were right next to the “Field of Dreams” movie site. This brought back all of the memories of the film that so many have grown to love, especially seeing as it had Costner himself there. In the recent game, we saw that the White Sox had defeated the Yankees and the event was highly successful and managed to draw the MLB’s highest ratings that had been seen for a regular-season contest in about 16 years.