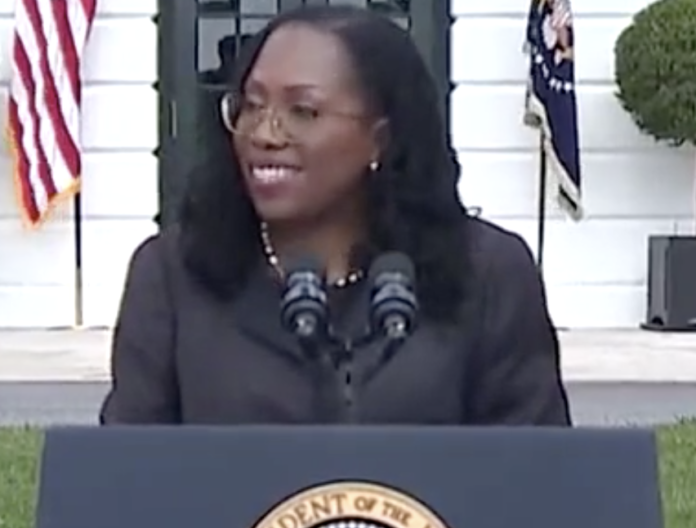 The First Black Woman Ketanji Brown Jackson was confirmed to Supreme Court as the lady who has become a trend around the world for steadily rising through the legal ranks of the American government. She will be the first Black woman to attain the privilege of achieving such a rank in the court. Brown will be the eighth person confirmed who is neither White nor a man and will be replacing the Associate Justice Stephen G. Breyer after the end of his term ends, which is scheduled to run till early July.

The confirmation came after a 53-to-47 vote which represented the culmination of a six-week confirmation process for the judge. The phenomenon had its beginnings in February when President Biden introduced Jackson as a distinguished nominee who would assist the writing of a new chapter in the American history journey. Now one of the most trending personalities in America reached her climax during the Senate hearings that took place last month. The Republicans aimed to paint her as a radical who coddled criminals, as well as terrorists. However, three GOP senators ultimately rejected the claims, as well as all 50 Democratic Senators, supported her confirmation.

The confirmation marks a tremendous milestone in the American journey. Senate Majority Leader Charles E. Schumer responded to the confirmation by stating, “America today is taking a giant step towards making our union more perfect.” Judge Ketanji Brown Jackson, the first Black woman confirmed to the Supreme court, marks a positive development towards the region’s efforts in realizing its set ideals

TikTok To Be Banned On US Government Devices

Celebrating Ukraine Independence Day During A Time Of War