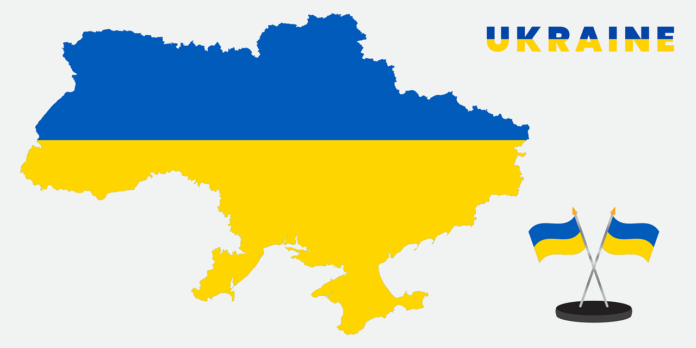 This year’s celebration of Ukraine’s Independence Day(8/24/22), the 31st anniversary of the country’s vote to separate with the Soviet Union, has been more melancholy than in previous years, with authorities visiting memorials. At least 22 people were murdered on Ukraine Independence Day when a missile hit a train stop in eastern Ukraine, confirming the worst fears of Ukrainian officials. There have been parades and other festivities in previous years, but this year’s observance falls exactly six months after Russia’s invasion began.

Ukraine’s President Volodymyr Zelensky gave an impassioned speech commemorating the day, describing the Russian invasion as a new independence day and the day Ukrainians had to fight for their freedom rather than simply vote for it at the ballot box. Zelensky and first lady Olena Zelenska paid their respects at the Memory Wall of Fallen Defenders of Ukraine in the country’s capital. Family members of dead soldiers attended a ceremony at the Field of Mars memorial in the Western city of Lviv, where their grief was evident.

Every year on August 24th, Ukraine celebrates its Independence Day. This holiday commemorates the day in 1991 when Ukraine declared its independence from the Soviet Union. Since then, Ukraine has made great strides as a nation. Today, it is a thriving democracy with a robust economy. Ukraine’s Independence Day is a time for citizens to come together and celebrate their country’s achievements. Festivals and parades are held throughout the country, and many Ukrainians take part in traditional folk dances and music. The day is also an opportunity to reflect on Ukraine’s history and to reaffirm its commitment to independence. As Ukraine looks to the future, its people can take pride in their country’s progress and look forward to even greater success.

The day typically begins with a morning ceremony at Independence Square in Kiev, the capital of Ukraine. In the evening, there are usually fireworks displays and concerts. Many Ukrainians also take pride in decorating their homes and businesses with Ukrainian flags on Independence Day. Throughout the country, Independence Day is a time to reflect on Ukraine’s history and culture, as well as its bright future.