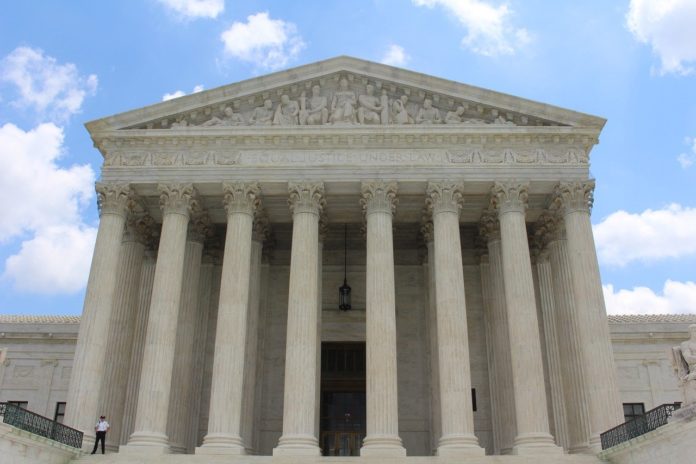 In a dramatic 5-4 vote, the Supreme Court ruled this past Thursday(06/18/20) that President Trump cannot shut down DACA(The Deferred Action for Childhood Arrivals program). Republican Chief Justice John Roberts voted with the 4 other Democratic justices to uphold DACA.

DACA was first created by President Obama in 2012 and allowed people who had illegally entered the United States as children, “To receive a renewable two-year period of deferred action from deportation and become eligible for a work permit in the U.S. To be eligible for the program, recipients cannot have felonies or serious misdemeanors on their records. To apply, immigrants had to be younger than 31 on June 15, 2012, must have come to the U.S. when they were younger than 16, and must have lived in the U.S. since 2007″.

In an opinion issued by Chief Justice John Roberts, he said, “We do not decide whether DACA or its rescission are sound policies. “The wisdom” of those decisions “is none of our concern.” Chenery II, 332 U. S., at 207. We address only whether the agency complied with the procedural requirement that it provide a reasoned explanation for its action. Here the agency failed to consider the conspicuous issues of whether to retain forbearance and what if anything to do about the hardship to DACA recipients. That dual failure raises doubts about whether the agency appreciated the scope of its discretion or exercised that discretion in a reasonable manner. The appropriate recourse is, therefore, to remand to DHS so that it may consider the problem anew”.

This means the Trump Administration did not provide the proper justification for ending the DACA program and DACA will continue to operate and help young people.

In an opinion issued by Associate Justice Sonia Sotomayor, she said, “The majority rightly holds that the Department of Homeland Security (DHS) violated the Administrative Procedure Act in rescinding the Deferred Action for Childhood Arrivals (DACA) program. But the Court forecloses any challenge to the rescission under the Equal Protection Clause. I believe that determination is unwarranted on the existing record and premature at this stage of the litigation. I would instead permit respondents to develop their equal protection claims on remand”.

Some other important facts the Supreme Court said are:

President Trump responded to the decision by saying, “These horrible & politically charged decisions coming out of the Supreme Court are shotgun blasts into the face of people that are proud to call themselves Republicans or Conservatives. We need more Justices, or we will lose our 2nd. Amendment & everything else. Vote Trump 2020″!

Presumptive Democratic nominee Joe Biden said, “The Supreme Court’s ruling today is a victory made possible by the courage and resilience of hundreds of thousands of DACA recipients who bravely stood up and refused to be ignored”.

Vice President Mike Pence responded to the decision by saying,”Well, we’re disappointed to see the Supreme Court of the United States once again engage in the kind of legislating from the bench that liberal courts have had done over many decades”.

Speaker of The House Nancy Pelosi responded by saying, “Today is a joyous and proud day for our country, as the Supreme Court has rejected the Trump Administration’s illegal, immoral assault on young immigrants who make America more American, which the Court rightfully found to be ‘arbitrary and capricious.’ The Court’s decision upholds our values, the law and the will of the American people. Dreamers have the overwhelming support of the public, with more than three out of four voters saying Dreamers should be allowed to stay – including more than two-thirds of Republicans. Our Dreamers need and deserve real, permanent action by the Congress to ensure that they can continue to bless, enrich and strengthen our nation. The House will continue to be relentless in demanding that the Senate take up H.R. 6, the American Dream and Promise Act, to provide a pathway to citizenship for Dreamers and TPS and DED recipients”.