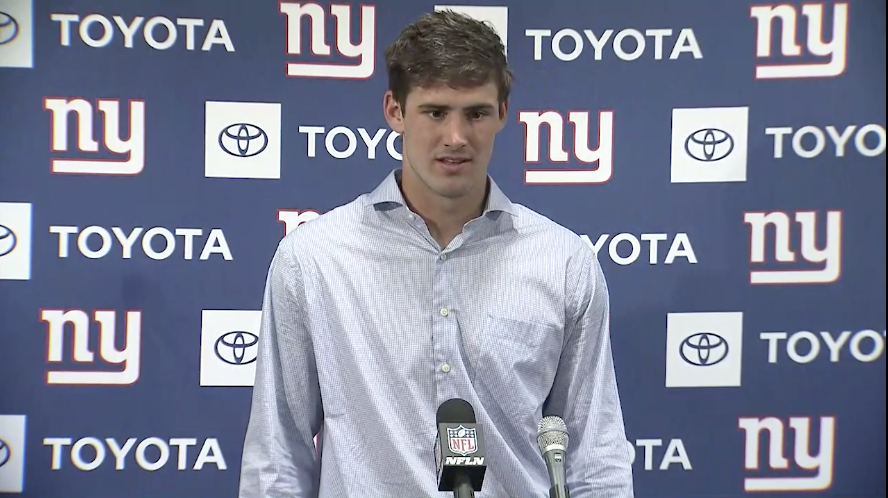 Daniel Jones’s first day as starting quarterback for the New York Giants ended in a 32-31 win over the Tampa Bay Buccaneers. Jones had replaced long-time starter Eli Manning after it was announced last Tuesday that Manning would be benched going forward.

When the 4th quarter started Tampa Bay was maintaining its lead at 28-25.

With 6 minutes left on the clock, the Buccaneers kicked a field goal and increased the lead to 31-25.

The Giants still had a chance to come back. Rookie quarterback Jones had something to prove.

There was 1:21 left on the clock. It was 4th down and 5, deep in Tampa Bay territory. Jones had to do some quick thinking. The ball was snapped. Jones looked around but couldn’t find a receiver. He saw an opening and he took it upon himself to take it in for a touchdown.

The kicker made the point after.

The Giants defense then closed out the Buccaneer offense. And when a Bucs field goal attempt failed, the Giants won the game 32-31.

In the post-game response to the win Giants coach, Pat Shurmur, said, “I thought Daniel Jones did a pretty good job first time out. As he goes along he’ll continue to get better.”

When Jones was asked if the win was just as he expected Jones responded by saying, “I don’t know about that. Exciting Win. Exciting finish there for us. I thought we showed a lot of fight and we battled back after kinda creating a hole for ourselves during the first half. Exciting Win. I look forward to building off of it.”

Jones was the 6th overall pick in the 2019 NFL draft